Devin C. Hughes is an author, speaker, consultant, executive coach, and internationally recognized expert in the science of happiness, organizational and culture change, and leadership development. He has worked with a variety of Fortune 100 companies as well as the Secret Service, the IRS, and an assortment of for-profit and nonprofit organizations. He is considered one of the most influential inspirational speakers in America. His approach draws from the science of positive psychology, positive organizational research, appreciative inquiry, neuroscience, mindset, and mindfulness. He is the author of 20 books and has spoken in more than 15 countries. Devin lives in San Diego, CA with his wife, four daughters, and two rescue dogs.

Wade Larson
Dr. Wade Larson is an author, speaker, coach, consultant, and CHRO for Wagstaff Inc., a global manufacturing firm in Washington State, and has worked more than 25 years in the field of human resources and professional development. As a senior leader, Wade has specialized in reengineering the HR function for several organizations; as a consultant, he has worked with over 200 organizations finding solutions for better employee alignment and organizational performance. In his book Doing HR Better (2018), he lays out a simplified model to assist other HR leaders in their efforts to improve the HR function. Today he is on a personal mission to help organizations overcome mediocrity and assist their employees to do more, become more, and achieve more.

Mark Dunn
Mark Dunn is the vice president of organizational and leadership development at Vidant Health in Greenville, North Carolina. He is a seasoned talent...
See More

Mark Dunn
Mark Dunn is the vice president of organizational and leadership development at Vidant Health in Greenville, North Carolina. He is a seasoned talent management professional with more than 10 years of progressive leadership experience advising about human capital matters, mergers and acquisitions integration management, talent acquisition, learning and development, and performance management within for-profit, nonprofit, and higher education organizations. Prior to working at Vidant Health, Dunn served as a key player within HR integration at the University of Virginia (UVA) and led change and engagement initiatives following tragic events that occurred during white supremacists ’ visit to the city that required medical support for injured and fatally wounded individuals. He also hosted a UVA leadership summit with speakers focusing on diversity, equity, and inclusion.

Dunn has a bachelor’s degree in communication from the University of North Carolina and a master’s degree in organizational change and leadership from Pfeiffer University. He is a certified professional coach through the College of Executive Coaching.

Her career includes the creation of award-winning employment brand and leadership development programs. She has held multiple executive roles leading all aspects of human capital and talent management. In 2020, she co-led a women’s leadership workshop at Syracuse University.

Kelly is also an author, speaker, and consultant. She is the lead consultant for the Jon Gordon Companies’ “Power of a Positive Team” consulting practice and co-author of The Energy Bus Field Guide, a road map to fueling your life, work, and team with positive energy.

She speaks and leads development programs for executives and their teams all over the world. She is a graduate of the George Mason University's Leadership Coaching for Organizational Well-Being program and an active member of SHRM (Society for Human Resource Management) and ATD (Association for Talent Development). Kelly is a Gallup strengths trained coach and a certified facilitator for the full suite of Wiley DiSC communication and leadership programs, including Patrick Lencioni’s Five Cohesive Behaviors of a Team. She is always looking to listen and learn —and believes that proactive personal development is essential to delivering excellence as a part of any organization or team.

Prior to working at Cognizant, James spent more than 11 years with PricewaterhouseCoopers, serving in market and national people leadership roles while collaborating with global territories across the enterprise. Joining PwC in 2006 as the HC[MD1] leader for finance, she was responsible for creating and implementing the human capital strategy during a period of restructure which ultimately led to a cost savings of $3M. Three years later, she served as the national talent management director within the office of diversity, responsible for the talent identification, talent management, career development, and advancement of high-performing diverse professionals in the tax and advisory lines of service. She later moved into a dual-hatted role as the market people leader/IFS HC strategy leader, and her last role with PwC was talent strategy and IFS HC leader.

Prior to working at PwC, James built her career and professional brand via ascending people leadership roles at Washington Mutual bank (now JPMorgan Chase) and American International Group. She is a sought-after speaker about topics such as diversity, inclusion, and equity[MD2] ; executive leadership; career development; culture and engagement; and professional leadership brand. Speaking engagements include events hosted by the National Association of African-Americans in Human Resources (NAAAHR), Onboarding 2025, Florida Diversity Council, University of Michigan, Indiana University, University of Phoenix, the Association of Latino Professionals for America, and Junior Achievement. She has been recognized for career accomplishments in Black Enterprise magazine and is
a recipient of the “Most Powerful and Influential Woman” award by the National Diversity Council.

James holds a bachelor of science degree from Syracuse University and a master of business administration from the University of Phoenix. She also holds the PHR and SHRM-CP designations and is a lifetime member of the NAAAHR, where she held a national board seat as senior vice president of branding and communications from 2010–2012.

With nearly 20 years of experience in the talent development industry, she has led the creation of numerous award-winning programs dedicated to improving employee and organizational performance. She is dedicated to sharing her knowledge and experience of the benefits of empathetic design, introducing tools and techniques that designers can use to help create learner-centered instructional products.

Green is the co-author of the Leaving ADDIE for SAM Field Guide and has written and spoken extensively within the L&D industry. 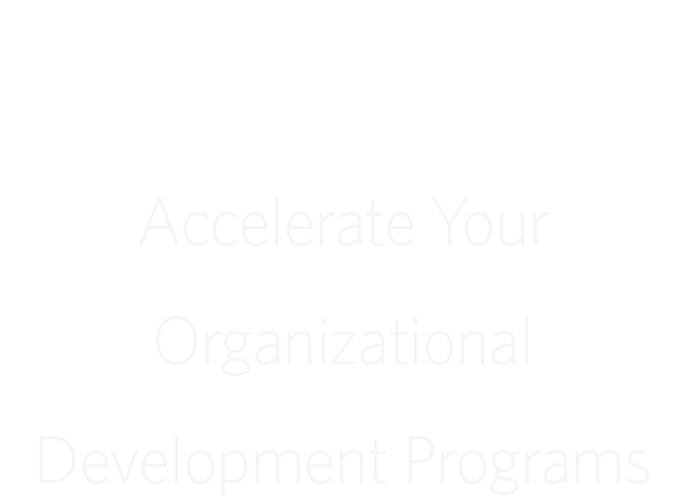