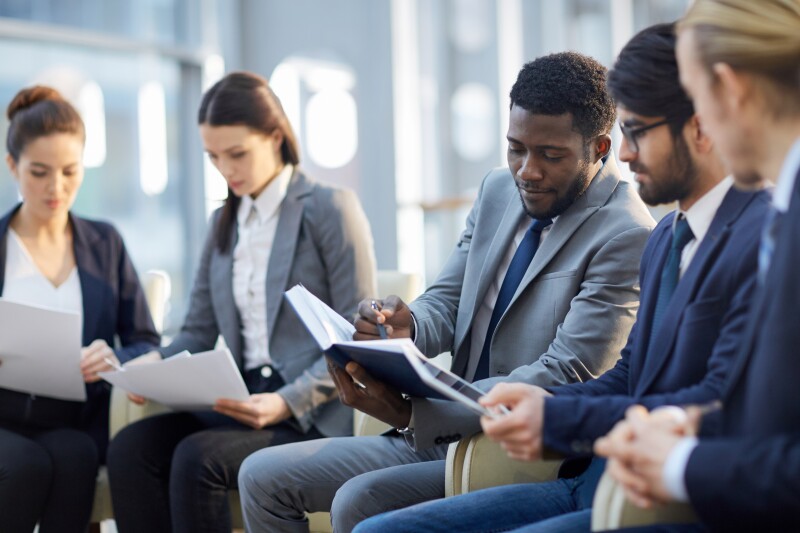 The right onboarding experience is a determining factor in how employees establish that important connection with the business. This experience, in turn, strongly influences an employee’s decision to stay in the company or seek a career opportunity elsewhere.

What is your company doing to onboard its employees?

Francis accepted a position as an administrative assistant for a telecommunications company. He completed the required paperwork online and took multiple webinars about the company’s history, its vision, its mission, and its plans for the future. Other topics included scenarios designed to bring to life the employee handbook as well as the company’s code of ethics.

When Francis arrived at the company, the receptionist did not know who was expecting him. After making some calls while Francis waited in the lobby, she found out that HR believed they had completed their share of the process and handed it over to the learning and development team to do theirs. While the receptionist was calling L&D, Francis’s new supervisor came into the lobby and ushered him away to her office.

Francis had been looking forward to that first day of work. However, the confusion around his arrival and the company’s apparent lack of organization to establish clear connections between the online onboarding and the reality of the workplace was not what he had expected. He had second thoughts about having accepted the offer.

Angela is a recent engineering graduate who accepted an entry-level position at a construction firm. When she arrived for her first day of work, she was sent to a conference room where new hires received two days of presentations from senior engineers about the company, its history, and its most important projects. HR representatives discussed company policies and ensured that the new hires completed all the required paperwork. They were directed to a call center if they had questions.

Angela then reported at the construction site of a mini-mall for two days of shadowing her boss so that she could learn what to do. Her boss left for a three-day vacation after those two days and did not ask anyone to support Angela in his absence. Claire, another engineer, met Angela while both were buying coffee at a nearby bakery. Claire noticed that Angela’s hard hat had the company’s logo and introduced herself. Claire became Angela’s informal mentor during those crucial first days.

Ted’s background in chemistry made him an ideal candidate for the role of laboratory analyst at a new specialized testing facility for an emerging industry. His interviewers gave him a realistic job preview of the position and explained his responsibilities in great detail. They answered his questions about the company’s expectations for the position and were available to clarify other issues at a later time.

Because Ted values an environment where he can feel comfortable asking questions and where he can trust that he will receive guidance and direction to succeed, he accepted the offer. Soon after doing so, he received documents to review and sign, as well as access to a company website where he could learn more about the organization and the emerging industry that it is beginning to serve before his first day of work.

Ted participated in a three-day general orientation program that introduced him to the company’s culture beyond what he had learned on his own. On the fourth day, his supervisor shared with Ted the individualized role-specific onboarding plan designed to support him into becoming a productive contributor to the business.

The stories of Francis, Angela, and Ted illustrate the experiences of new employees in many companies and what happens as a result of those experiences. Francis’s company implemented an entirely online program and did not pay attention to how human contact is necessary for a new employee to integrate into the organization. Angela’s company misconstrued orientation for onboarding, disregarded the information overload for the new hires, and underestimated the need for guidance and support on the job. Meanwhile, Ted’s company paid attention to every detail during the recruitment and hiring processes for him to understand the business as well as later when he reported to his area for him to understand his role. Thus, Ted’s experience offers a snapshot of a well-designed onboarding plan.

Is your company’s onboarding more like Francis’s or Angela’s? If so, it’s time to change the plan.

About the Author
Norma Dávila

Norma Dávila is a certified career development strategist who guides clients through targeted introspection and self-assessments to identify strengths and interests before embarking on career changes. Her approach to career coaching positions her clients to gain the self-confidence to present themselves as the best candidate during job interviews. Norma, a certified resume writer by PARW/CC, adapts her advice to best suit client professional experience and aspirations. A firm believer in the value of networks, she steers them to optimize every personal or virtual opportunity to connect with others. A natural talent developer, Norma focuses her practice on entry-level and midcareer professionals across the entire employee life cycle, and has supported employees from industries including banking, technology, telecommunications, pharmaceutical, medical devices, dairy products, aerospace manufacturing, retail sales, risk management, automotive sales, energy, waste management, and funeral services. She is recognized for communicating complex ideas in easy-to-understand terms to all audiences and introducing concrete examples to which they can relate. Norma specializes in designing and delivering learning experiences that lay the groundwork to acquire and strengthen competencies and skills on topics such as team development, business writing, customer service, performance management, employee communications, and transition management. She is a Society for Human Resource Management Senior Certified Professional, and has a bachelor’s degree in psychology from Yale University and master’s and doctoral degrees in psychology from the University of Chicago.

Norma is a partner in the Human Factor Consulting Group, senior consultant for AON, and subject matter expert, program facilitator, and program translator for SHRM specializing in Latin America. This Certified DDI Facilitator is field editor for ATD Links and co-author with Wanda Piña-Ramírez of Effective Onboarding (ATD Press, 2018), Cutting Through the Noise: The Right Employee Engagement Strategies for You (ASTD Press, 2013) and Passing the Torch: A Guide to the Succession Planning Process (ATD Press, 2015) as well as of articles in TD, T&D, The Public Manager, and multiple blogs. She has presented at ATD’s International Conference & Exposition, SHRM’s Talent Management Conference, SHRM’s Conference Preview Workshops, ATD’s México Summit, and Ellevate, among others.

About the Author
Wanda Piña-Ramírez

Wanda Piña-Ramírez is an action-driven, strategic management and executive consultant with a proven track record of contributing to the bottom line in companies spanning from multinational corporations to small businesses located in Puerto Rico, the continental United States, the Caribbean, and Latin America. Her innovative, energetic, and open-minded consulting style is an asset when dealing with ambiguity and challenging business situations. As the longest-serving member of AON Puerto Rico’s Mejores Patronos (Best Employers) Committee, she has firsthand knowledge of industries as diverse as restaurants, insurance, medical laboratories, pharmaceuticals, hospitality, professional associations, hospitals, banking, pharmacy information systems, general information processing, refrigeration, medical devices, and building materials. Wanda is certified as a coach from the University of Puerto Rico at Río Piedras, as a practitioner in neurolinguistic programming and applied kinesiology by the International NLP Trainers Association, as a human resources administrator by the Escuela Avanzada de Administración de Recursos Humanos y Legislación Laboral de Puerto Rico, and as a legal intercessor for cases of domestic violence and aggression in Puerto Rico. She is a frequent guest on radio and television programs, where she brings together the legal and business components of talent development and human resources management, tackling such topics as business metrics, labor law, sexual harassment, and domestic violence. Wanda also contributes her expert opinion on the latest issues affecting today’s workforce to news outlets and other forums such as professional associations, business groups, and nonprofit organizations.

Wanda is a partner in the Human Factor Consulting Group, senior consultant for AON, and subject matter expert, program facilitator, and program translator for SHRM specializing in Latin America. This Certified DDI Facilitator is field editor for ATD Links and co-author with Norma Dávila of Effective Onboarding (ATD Press, 2018), Cutting Through the Noise: The Right Employee Engagement Strategies for You (ASTD Press, 2013) and Passing the Torch: A Guide to the Succession Planning Process (ATD Press, 2015), as well as of articles in TD, T&D, The Public Manager, and multiple blogs. She has presented at ATD’s International Conference & Exposition, SHRM’s Talent Management Conference, SHRM’s Conference Preview Workshops, ATD’s México Summit, and Ellevate, among others.