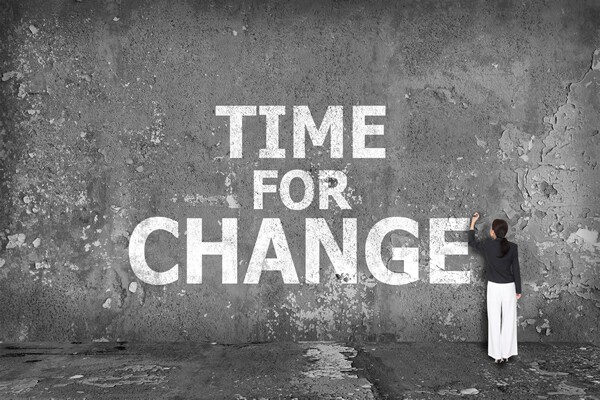 Changing the Way We Manage Learning in the Knowledge Economy

It’s as if we all went to bed one night, and when we woke up the next day, everything had changed.

From Managing Backs to Managing Minds

We believe we are at an inflection point in the history of managing people, and managers sit at the center of the curve. To know where we’re going with managing people, we need to know where we’ve been. The global economy has undergone three major and notable economic paradigm shifts in the past 200 years, each with an attendant educational system that helped people learn how to do their jobs.

In the 19th Century Agricultural Economy, We Managed Backs.
The first great economic era was all about land. Land for wealth. Land for status. Land for food. We used our bodies and learned to harness the power of oxen and horses. We managed backs, and almost 90 percent of the population in the Western World worked on farms and in the fields. We invented private property and mass-produced food. Learning was physical and on-the-farm. Formal education was for the children of the wealthy landowners and the landed gentry.

In the 20th Century Industrial Economy, We Managed Hands.
We harnessed steam power. Electricity was everywhere.  We mass-produced things. Machines took over the farm, and the number of farmers dropped to below 6 percent in the West by the end of the century. Even housework changed when electricity powered washing machines, transformed ice boxes into refrigerators, and replaced brooms and dust pans with vacuum cleaners. We learned to do our jobs the same way we learned in school—in a formal classroom setting. Workplace training looked like school teaching.

Still, the workplace changed slowly and the need to learn something new took months or years. The predominant method of learning was training, developed by the U.S. Army during the World War I. We developed programs or courses and pushed them out to people we thought needed them. The goal was mass training for mass production, being able to perform the same task or set of tasks the same way for as long as those skills remained useful. Employees were in the same place, doing the same job, using the same skills day after day.

In the 21st Century Knowledge Economy, We Need to Manage Minds.
In the late 20th century, Peter Drucker was prescient enough to see what was coming and named the people who labored to produce information “knowledge workers.” What they mass produced was ideas, instead of things.

From Oranges to Paper Planes

Here’s a story that illustrates the changes.

In 2007, one of the authors gave a presentation to the annual gathering of CIOs at Boeing’s offices in Southern California. As the CIO was leading the author into the conference room, she told him that the building itself has an interesting history. Originally, the land on which the building stood was an orange grove for the commercial production of oranges. Then the building was built to be used as a giant manufacturing facility for the production of airplanes. When the demand for planes decreased, the building was cut up into floors, offices, and cubicles, and people spent their workdays in front of computers producing, refining, defining, revising, discussing, and communicating ideas—ideas for new planes, ideas for improving production of planes, ideas about related projects that had something to do with planes. One piece of land, three very different economic paradigms.

The point is, all the employees did all day was produce ideas, work with ideas, think about ideas, and write and talk about ideas. A small group of people ultimately made those ideas into things: planes. But they were followed by the people who had more ideas about how to market it, sell it, teach people to fly it, and so on and so on.

The management practices and principles we use today were developed during the last 200-plus years, from the start of the 19th through the late 20th century. They were born during the Industrial Revolution, in factories and production lines, where we managed hands. As the economic paradigms changed, a corporate Darwinism took over and the companies that failed to change and evolve soon disappeared.

In the 1920s, the average lifespan of leading U.S. companies was 67 years. By 2013, the average lifespan had dropped to 15 years. The new environment is increasingly aggressive, hypercompetitive, and constantly driven by surprises, innovation, and technological changes. And it’s all happening at an unprecedented, increasingly faster pace. We have no choice. We need to stop managing hands and focus on managing minds.

Hands are replaceable. Human hands are being replaced by robotic hands. And managing robots is not a job that requires hands-on managers. This trend toward automation is not stopping. The book Impact of Emerging Digital Technologies on Leadership in Global Business reports that 47 percent of U.S. jobs are likely to be automated. This is will change the nature of work in all industries. Robot hands can now thread a needle. As the steel fingers of automation reach even further and grab more of the work once done by human hands, an almost unimaginable future begins to appear.

Welcome to the Future

None of this we suspect is news. What may be new is that, as a manager, you are in charge of this change. Your primary responsibility is to lead people into a 21st century Knowledge Economy that supports and sustains learning over everything else. Learning is the only critical differentiator in the Knowledge Economy. Managing that learning is at the center of it all, and managing minds is the key.

As William Gibson said more than 10 years ago, “The future is already here—it's just not evenly distributed.” Welcome to the future.

In future posts, Grebow and Gill will explore what needs to be done to actually switch from managing hands to managing minds. We want to hear from you and find out what you think, and listen to your experiences, about managing minds.

About the Author
David Grebow

David Grebow is CEO of KnowledgeStar, and an author, popular speaker, and workshop leader. KnowledgeStar is a consulting firm founded in 2006 to provide insight about the intersection of digital technology and education. Its clients include Fortune 500 corporations, startups, NGOs, and leading analyst firms Bersin & Associates and the Brandon Hall Group. The KnowledgeStar Blog, first published in 2008, has been consistently rated one of the one of the most informative and widely read on learning and educational technology. For 25 years prior to starting KnowledgeStar, David held senior development and management positions with leading technology and education companies, including IBM, where he co-founded the Institute for Advanced Learning; PeopleSoft; Cisco; and McGraw-Hill. David is a co-author of Creating a Learning Culture with Marcia Conner and James Clawson and served on the editorial review board for Information Age Publishing, working to produce a series of books on technology and learning. David’s most recent book, Gamification, Games and Learning is part of the eLearning Guild’s new Insight series. He has authored numerous research papers and articles for publications in the corporate education industry. KnowledgeStar is also currently involved in launching an interactive performance support system that automatically delivers just-in-time knowledge to people working in manufacturing environments. In 2015, David launched KnowledgeStar ePublications, which recently published A Compass for the Knowledge Economy Business and Sweet! A Book of Gamification Terms.

About the Author
Stephen Gill

Stephen is the co-owner of www.Learning2BGreat.com, a marketplace for organizational learning tools, and also owner and principal of Stephen J. Gill Consulting. Steve's expertise is in creating learning cultures in organizations and measuring the impact of learning and performance improvement interventions. He has done this work for more than 25 years, since leaving the faculty of the University of Michigan, School of Education. He has written extensively about these topics. His most recent books are Getting More From Your Investment in Training: The 5As Framework, published by RealTime Performance in 2009, Developing a Learning Culture in Nonprofit Organizations, published by Sage Publications in 2010, and Communication in High Performance Organizations: Principles and Best Practices, published as Kindle ebook in 2011. Steve also posts regularly on The Performance Improvement Blog. He serves his community as an elected trustee of Washtenaw Community College.